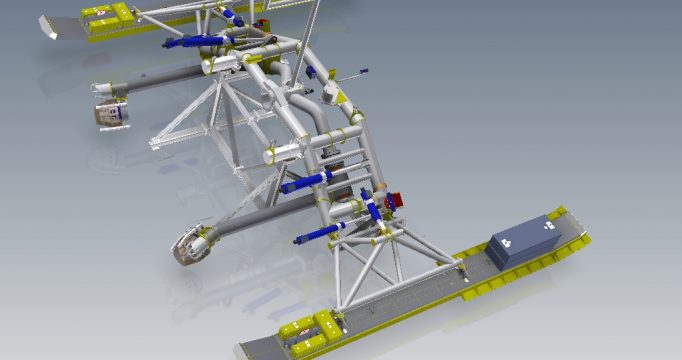 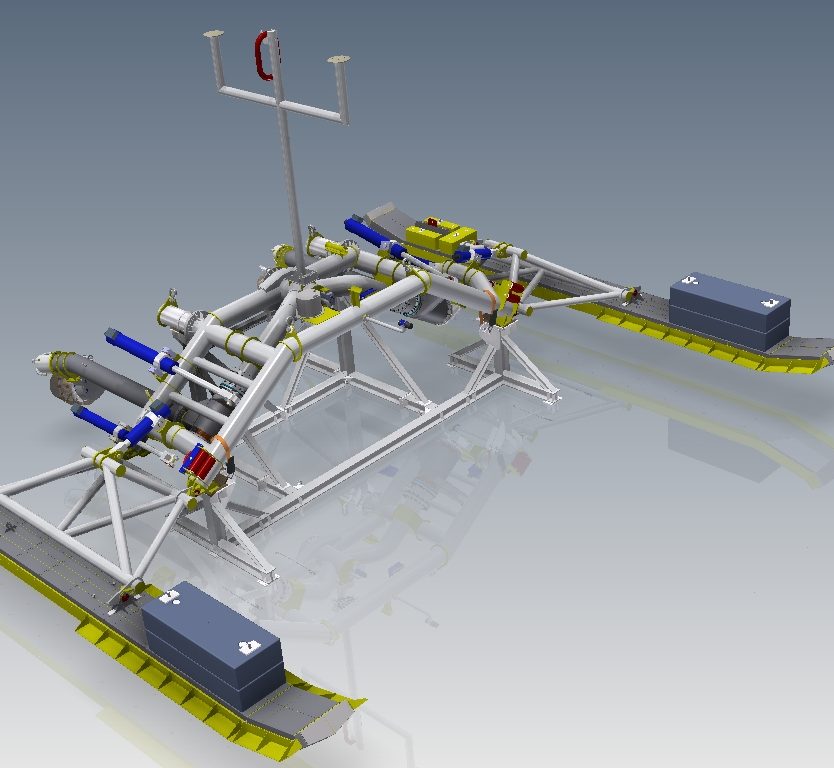 Suction Unit is a subsea machine which aim is to remove the material of the seabed dug up by the Trenching Sled (TRS). The vehicle slides along the pipeline towed by the barge. It activates small trenching units and suction pumps in emergency conditions namely whenever the trench depth does not comply with the prescribed value either due to accidental landslide or following trench bed flatness out of range.

The machine was used during EPC2/EPC3 project. The project intends to trench and backfill several sea lines in the Caspian Sea. The Caspian Sea is in particular very shallow: water mean sea level (MSL) reaches the max depth of about 4 m at more than 80 km from the shore. Additionally, this area is affected by storm surges and can be reached by narrow barges. The method used consists first in the laying of pipelines then post trenching and simultaneously back filling. The cut and dredged soil is collected by the post trenching equipment and conveyed behind along the support barge to the back filling unit. This latter unit will position the reclaimed soil back on the sea bottom to restore original seabed level. Both post trenching and back filling equipment are hosted in the same barge namely post trenching & back filling barge. Between the trenching vehicles and the back filling unit, operates Suction Unit.